This article is written by Mona Hosseini.

The Berlin Energy Transition Dialogue 2019 has been a intense two days conference gathering more than 2,000 participants from more than 90 countries. Among these participants 50 ministers from the Global North and Global South have attended the BETD 2019. In many panels with a female quota of 60% the civil society and international leaders have discussed the urgent questions of a global energy transition. The German government has put itself into the scene even though its most recent climate policy regarding a fossil fuel phase-out is outrageous.

Where are the ministers?

Day 1 of #BETD2019 started with a keynote of Heiko Maas, German Foreign Minister. Citing Greta Thunberg and calling upon world leaders for climate action he emphasized how broadly known the “Energiewende” was and how proud Germans can be about it. Right after him Peter Altmaier, German federal Minister for Economic Affair and Energy, praised Germany because it came so far with the energy transition. He underlined how important it was to work with businesses and to maintain economic prosperity and economic growth while meeting climate targets. Right after their speeches they left the plenary. 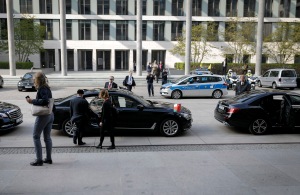 On the second day Dr. Maria Flachsbarth, Parliamentary State Secretary of the Federal Ministry for Economic Cooperation and Development Germany, presented the activities Germany follows for the global energy transition. She claimed Germany alone could not save the world and reduce enough emissions such that other countries also had responsibilities. Svenja Schulze as Federal Minister for the Environment, Nature Conservation and Nuclear Saftey has not shown up and has just sent a replace. Given the number of international guest and the high panel attendees this behaviour is disrespectful and embarrassing for the German government.

Climate crisis in the German government

The reason why Svenja Schulze could not attend the BETD 2019 and deliver her keynote was a spontaneous gathering of the climate cabinet (Klimakabinett). The Klimakabinett, which is also prominently joked about on twitter, intended that all German ministers and employees in the according ministries concerned with climate protection finally met today in Berlin. Their objective was to speak together about a way to bring together economic growth and climate protection. One could wonder why the German government does not speak about this grand challenge on a regular basis but we are unfortunately used to these kind of national policies which are not coherent. 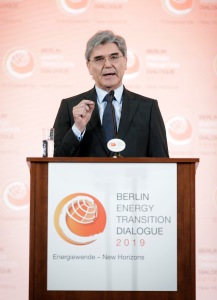 Joe Kaeser, President and Chief Executive Officer of Siemens, delivered a speech complimenting Germany on the energy transition. He turned the efforts until now as an overcome of German Angst. He promised to do something and to collaborate on clean energy and transition. He left out concrete answers on time and urgency. In contrast to other speakers he only got applause at the end of his speech.

This conference has finally made to fulfil female quota on the panels. There have been 60% female speakers who have turned the discussion far more lively, kick ass and interesting. In many exciting panels, workshops and networking events an encouraging environment was created. One young female researcher claimed, “There is no replacement to learning by doing”. This is exactly the spirit which needs to go out to the world.

Elder female researchers had the courage and stage alike to call upon governments to follow the scientific debate and to act according to science. Ami Vitale, National Geographic photographer and filmmaker, and other women recommended storytelling because framing matters and enables connection to the world. The energy transition must be lived as a chance to everybody leaving no one behind.

The feeling the BETD sends out to the climate movement, private sector and governments is to stay strong and brave. There is a need to hurry up and to urge political leaders to take on their responsibilities. In all this we go together as Princess Abze Djigma, Special Envoy of the President of Burkina Faso for SDGs and Climate Change, has cited an African proverb:

About the author: Mona Hosseini, graduate student in Environmental and Resource Economics, is based in Germany. She has attended the Berlin Energy Transition Dialogue 2019 with a strong regret about the political chaos of the German government. Nevertheless, she has a high motivation to turn the climate movement´s anger into strong climate ambition regarding the upcoming elections of the European Parliament.