This article is written by Bindu Bhandari.

It’s the 10th of December today, United Nations Human Rights Day; a day to celebrate the ongoing work on achieving inclusive and integrated approach for recognition of minimal essential rights to living a life of dignity by each and every human. While the second of week of the climate talks Conference of the Parties 21 (COP21) is ongoing, the atmosphere in Le Bourget (COP 21 venue) feels warm and jubilant despite the chilling cold of December. And why not? After all, it’s the second week, the week of high hopes and aspiration for a climate agreement that safeguards our rights and ensures of upcoming generation as well to live as the current generation does.

END_OF_DOCUMENT_TOKEN_TO_BE_REPLACED

This article is written by Gwenaël Podesta.

The first time I had the chance to attend climate change negotiations, I thought I was going to the COP. What a surprise when I discovered that I ended up at ADP 2.11! A quick internet research told me ADP stands for Ad Hoc Working Group on the Durban Platform for Enhanced Action. What a barbaric name… Considering how informative the acronym was, better telling you that I was not really advanced.

I’m sure I was not the only one in this case, wondering what the hell was this ADP all the negotiators talk about, but no one has heard of? Well, let me tell you about this mysterious ADP.

END_OF_DOCUMENT_TOKEN_TO_BE_REPLACED

This article is written by Nicolas Pinceloup.

What are Earth Days?

As you may or may not know there are two different Earth Days. The first one is happening during the summer equinox of the northern hemisphere (March the 20th) and the second one on the 22nd of April.

END_OF_DOCUMENT_TOKEN_TO_BE_REPLACED

This article is written by Cecile Pilot.

Learning from the past

While we may not be able to prevent floods, droughts or earthquakes, we have learnt that steps can be taken to mitigate risks. From March 14 to 18th, 2015, Japan welcomed 6,500 delegates to share lessons on reducing disaster risk. Four years after the devastating earthquake and tsunami that killed more than 15,000 people in the Tohoku region, Japanese keep working hard to build back their towns and communities in a better way.

END_OF_DOCUMENT_TOKEN_TO_BE_REPLACED 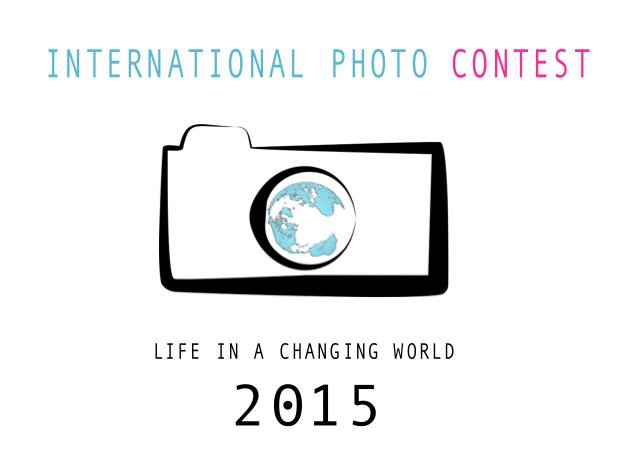 Over recent years, scientists have gathered enormous amounts of data on the subject of climate change. But it has been hard to convince the world to change its ways with a series of charts and figures.

The novelist C.S. Lewis wrote: “Reason is the natural organ of truth; but imagination is the organ of meaning”.

END_OF_DOCUMENT_TOKEN_TO_BE_REPLACED

This article is written by Thomas Desaunay.

I attended for the first time an UNFCCC intersession that was held in Geneva from 8-13 February. This year, four such meetings are scheduled in order to prepare the Paris agreement (next one 1-11 June in Bonn). As a member of the CliMates’ delegation, I was a NGO observer, representing youth in the YOUNGO constituency. So, what’s really going on in these sessions?

END_OF_DOCUMENT_TOKEN_TO_BE_REPLACED

Special article : One of the sessions of the CliMates International Summit took place 100% online, as a truly unprecedented experiment of what collective intelligence can do. Thanks to a simple shared document we provided an original answer to the question « How is youth climate mobilization changing the world?« .

While global leaders are expected to take action on climate change at COP21 in 2015, youth movements are getting involved to create the necessary anticipation and expectation that often act as the first spark of momentum. Youth movements driving action will determine the dedication and energy with which their own generations will protect the planet when it is their turn to lead. Often accused to stay sat behind a computer screen, young activists defiantly reject the image of being passive leaders in a digital era. In their own words: ‘We are not clicking. We are fighting!’ That spirit will also be felt during this week’s climate summit. What is the youth approach to pick up the fight?

END_OF_DOCUMENT_TOKEN_TO_BE_REPLACED

This article is written by Neeshad V S.

Last week I attended the WISE Summit 2014 in Doha, Qatar. This event has been on my radar for a few years as it causes a significant splash in social and mainstream media annually. When I received an invitation to attend, I jumped at the opportunity. I’m glad I did. This gulf state of Qatar is providing something more substantial for Education, So much so that it is becoming one of the most significant players in the field of education innovation, supporting a raft of projects from grassroots basic literacy through to high-end university research. As well as trying to fast-forward its own education system, it is supporting projects in some of the toughest environments.

END_OF_DOCUMENT_TOKEN_TO_BE_REPLACED

This article is written by Antoine Ebel.

It’s hard to admit, but after a few years of activism on climate change (or, I would imagine, most other issues), it’s not uncommon for our young imaginations to start shrinking.  A failure at the climate talks, an ambitious event with a disappointing follow-up, an online campaign that goes unnoticed… many things can act as a reminder that as young people in the climate battle, there are many things which work against us. We lack experience, contacts and resources; we are disorganized and tend to dilute our efforts; we sometimes fail to bridge the credibility gap with our elders.

END_OF_DOCUMENT_TOKEN_TO_BE_REPLACED

This article is written by Chloe Maxmin.

On February 17th, I was part of history. 50,000 people from around North America traveled to Washington DC for the Forward on Climate rally–the largest climate rally in US history. We protested the Keystone XL pipeline and the expansion of tar sands oil.

Tar sands exploitation was recently identified as one of 14 « carbon bombs. » A mixture of clay, sand, water, and bitumen (a hydrocarbon that can be processed into crude oil), tar sands is extracted from under Canada’s Boreal Forest. It is a gooey tar-like substance that must be diluted with toxic carcinogenic chemicals to get through a pipeline. Compared to conventional oil, it is 70 times more viscous, 20 times more acidic, and has three times the spill rate. Producing crude from tar sands also emits three times more greenhouse gas emissions than producing conventional oil. If fully exploited, the combustion of these fossil fuel reserves would cause global temperatures to rise between 5 and 6 degrees Celsius--a level of warming that the World Bank deemed un-adaptable. According to climate scientist James Hanse, « Canada’s tar sands, deposits of sand saturated with bitumen, contain twice the amount of carbon dioxide emitted by global oil use in our entire history. » 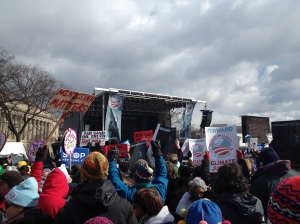 What’s more: the extraction of tar sands has devastating effects on local communities, especially First Nation peoples. Chemicals from the extraction site contaminate local water sources, endangering drinking water and affecting wildlifein the region. These communities continue to live traditional lifestyles, living off of the land and depending on  END_OF_DOCUMENT_TOKEN_TO_BE_REPLACED